The phone that drives me on

I must confess that a camera is the first feature that attracts me to a phone. As I am an avid photographer who has realized that a good camera in a phone needs to be backed by a fast and powerful mobile processor and GPU to do justice to the images that we want to capture. You may have the best camera in the world but by the time you pick it up and focus the moment might already have passed and with it the image that you wanted to capture and could be lost forever. Now I have a breaking news for all those avid photographers including me.I have found three wonderful features in a phone that is fast and powerful powered by hexa-core snapdragon 808 processor that has a 1.8 GHz , 64 bit architecture and Adreno 418 GPU is designed to power the back and front camera of the LG NEXUS 5X camera and automatically becomes the camera phone of choice to capture a range of subjects from selfies to the surroundings. Even the dim light photographs live up to the expectations of a photographer like me who likes  picking up a camera and snapping a pic without any prior notice. A dedicated camera can be bulky and take time to initialize. There are lots of moments when a mobile phone comes in handy and scores over a conventional camera. Specially if the mobile camera is that of LG NEXUS 5X with its powerful camera that catches more light due to the Rear: 12.3 MP2; 1.55 μm; f/2.0 camera and Front: 5 MP camera so its difficult to miss and capture an image even if its in low light.
The second feature that makes me flip for the LG NEXUS 5X is the enhanced security. Our phone has a lot of private and confidential information and since we carry it with us always so it is exposed to a number of people and thus we are at risk of our information, messages and photographs falling into the wrong hands but not if you are a LG NEXUS 5X user for it is equipped with an enhanced yet simplified security interface that is NEXUS IMPRINT that is a strategically located finger print sensor located at the back side so that your personal information remains personal. Now NEXUS imprint would turn on the screen with one touch. So the apps open quicker and the phone becomes more responsive and quicker to operate. It incorporates measurements every time a user uses the phone.This makes NEXUS IMPRINT smarter with every use. 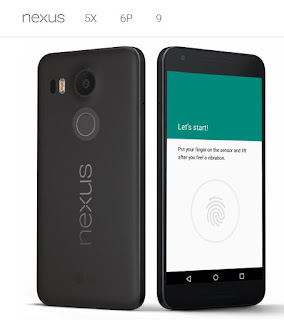 Thirdly since it is build on a robust snapdragon hexa-core 1.8 GHz 64 bit processor so you can do more with your phone in terms of the loading and switching between apps and share and searching photographs. Incidently the processor on this phone is faster than the one on my laptop that I am currently using.

I am participating in #ChampIsBack activity at BlogAdda.com .